Great movies do not just come from Hollywood. Often defined as “animation from Japan”, the Japanese have made their version and have also contributed to film and animation through Japanese anime movies.

Some anime films have become famous around the world simply because these films are amazing!

Check out these 23 best Japanese anime movies of all time.

Shotaro Kaneda faces an impossible mission against a mad psychic. In 2019, Neo-Tokyo faces the same havoc that occurred in 1988. The rebuilt and thriving Neo-Tokyo needs Kaneda, Kei, and a group of psychics to stop Tetsuo.

He’s a gang member turned psychic psychopath who has decided to use his telekinetic powers in evil. This is probably one of the best sci-fi Japanese Anime movies that’ll surely excite you!

Ten-year-old Satsuki and her younger sister Mei are about to have an extraordinary and supernatural experience. The two sisters have decided to move and live with their father.

Choosing to shift into a new place to be near their mother who is hospitalized creates a heartfelt family story.

Little did they know are the neighboring magical creatures in the nearby forest that will soon become their friends. This leads them into a whole new set of magical adventures.

A college student, Hana, falls in love with and marries a mysterious man who admitted one night that he can transform into a werewolf. He then died in an accident while hunting for food for his family.

Later on, Hana discovers that both their children can turn themselves into werewolves as their father. A single mother aware of the supernatural condition of her children, she decides to raise Yuki and Ame to the countryside where her husband grew up.

Hana soon realizes that her children are growing and will soon confront the reality that they will have to choose their own path.

After an encounter with a fishing vessel, the goldfish-looking princess Ponyo is trapped in a jar. Drifted by the water to the shore of a small village, the princess is then found by the five-year-old boy Sosuke.

The magical princess falls in love with and decides to leave her family and the sea to become human and be with Sosuke.

But greater challenges are ahead of them as they try to defy and reconcile the laws of the natural and supernatural world. Ponyo on the Cliff is indeed one of the most extraordinary Japanese Anime movies.

Whisper of the Heart is probably the most touching film on our Japanese Anime movies list. Shizuku notices and follows a big cat on the train traveling by itself.

She then finds herself in an antique shop with the boy, Seiji, who later inspires her to go after her dreams. The two have shared stories and dreams and promised to catch up after two months.

Seiji needs to leave for Italy to study and pursue his dream of becoming a master Luthier. This leaves Shizuku to write a story about the statue cat, Baron, whom she found in the shop.

Two months later, the two realize the growing feelings they have for each other and the future ahead of them.

At a young age, Jiro dreams of becoming a pilot. Growing up, he realizes that his dream will never come true because of his nearsightedness.

One night, he dreams of Caprino, an Italian aircraft designer. Jiro then wakes up with new hope in his heart – to design Japanese fighter planes.

In 2019, advanced cybernetic technology can improve and completely replace human body parts with mechanical parts. The technology also develops the cyber brain – a machinelike case allowing the human brain to have access to the Internet and networks.

After losing from attacking a tank, Kusanagi finds herself in a new shell with not her ghost alone but with the Puppet Master.

In 2071, a fatal virus spread to the inhabitants of Mars after an explosion caused by a terrorist. The government announces the 300 million woo-long prize for the capture of the culprit behind the explosion.

The chase leads to unfolded mysteries. The hunters then realized that they are not alone in the hunt for the cold-blooded lawbreaker.

Shoko Nishimiya has impaired hearing. She transfers into a new school and gets bullied by her classmates, specifically Shoya Ishida.

The circumstance forces her to move out again to a different school. Shoya Ishida, identified as an offender, becomes the new subject of bullying in the class.

In highschool, Ishida becomes a social reject. He is still regretful of how he treated Shoko. Ishida learns sign language and hopes to reconcile with Shoko.

Takaki Tono and Akari Shinohara strive to keep their friendship. The two have been elementary classmates and have common experiences that really shaped their relationship.

With the distance and time between them, Takaki and Akari exchange letters to stay connected with each other.

Years passed, and Akari finds herself moving once again because of her parent’s job. One last time, Takaki decides to pay a visit to Akari, learning about the plan of transferring places again.

Anna Sasaki is recommended by her doctor to be taken to a place where the air is much cleaner. She then finds herself in her foster parents’ relatives in the rural, seaside town Kissakibetsu, Hokkaido.

Anna meets Marnie in an abandoned mansion where they shared secrets and promised to keep them to themselves.

The two spend more time with each other as the summer moves on. In an unexpected way, Anna finds out the truth about her and her family.

Makoto Kono activates time-traveling ability after falling upon the device. She realized the ability when she escapes a train accident, where she found herself back before she crashes into the moving train.

She then decides to prevent unfavorable events from occurring by leaping in time. Realizing that her time leaps affect the following events, Makoto concludes to make things right.

It is summer vacation and Hotaru is back on her yearly summer trip. She goes into the forest then gets lost. Gin, a mountain spirit, rescues Hotaru.

They became friends even after Hotaru learns that Gin, a yamagami, must never ever be touched by a human or he will disappear forever.

Hotaru promises to return to the forest every year for the holiday summer. Hotaru reaches adolescence and soon they both realize the growing romance, the complicated situation, and the hazy future ahead of them.

Indeed, this is one of the Japanese Anime movies with a complicated but extraordinary love story.

The 18-year-old girl hatter Sopie meets the Howl, the mysterious wizard. Their unexpected encounter awakens the wicked Witch of Waste who turns Sophie into a 90-year-old woman.

Prevented by a curse to explain her situation, Sophie leaves and seeks for the cure. She then finds herself in the castle of the wizard where she works as a cleaning lady.

Meanwhile, a war has started and the magical beings are summoned to help out. Learning the disadvantages of the situation to Howl, Sophie tries her best to help.

At the train station of death, a sinful spirit finds a second chance to return to life. He is then set to take control of the body of a student, Makoto Kobayashi, who took his own life by pill overdose.

Within the given six month period and through the help of Purapura, the sinful spirit must figure out the reason for his own death and what led Makoto to commit suicide to end his life.

Genya Tachibana, the television interviewer, and Kyoji Ida, his cameraman arrange for an interview with Ginei’s Studios’ finest star Chiyoko Fujiwara. They learned that Chiyoko became an actress in search of the love of her life.

Genya presents a key to Chiyoko that provokes her to look back on her life. She recalls that as a teenager, she received the key from an artist. Thinking that by becoming an artist as well, their paths would cross once more.

As they embark on the quest, life has found its way to play itself and to settle their circumstances. Will this be a Christmas they will forever remember or regret?

A paid-to-kill ninja, Kibagami Jubei, discovers an evil clan of murderers, a plague, and a plot against the Tokugawa Shogunate. Together with Kagero, a ninja girl and Dakuan, a spy; he embarks on a journey to have peace once again in Japan.

With the many dangers ahead that he almost dies, Jubei engages in the battle with help along the way. Overwhelming as they seem, Jubei and his comrades confront the life-threatening situation.

A glowing bamboo shoot hides a miniature girl Takenoko. The bamboo cutter Sanuki no Miyatsuko finds and brings her home. Sanuki and his wife decide to raise her as she grows fast, believing she is from divine descent.

Takenoko then moves to the capital with her earthly parents. She matures and is granted the formal name Princess Kaguya. Missing the countryside and Sutemaru, her first love, Kaguya wants to return where she was found.

Gendo Ikari plots to use NERV to kill everyone on Earth and reunite with his deceased wife. Soon after, SEELE discovers the plan and is in the move to seize NERV murdering most of its staff.

Gendo plans to initiate the Third Impact that will wipe out humanity. Learning about this, Shinji is given a difficult mission to defend NERV.

10-year-old girl Chihiro accidentally discovers the world ruled by gods, witches, and spirits. Her parents who are with her are turned into pigs. Chichiro meets Haku, a mysterious boy, who promises to help her.

Doing her best in the enchanting land, she must figure out a plan to free her parents from the spell before they end on the table for dinner.

One of the latest Japanese anime movies on the list, Weathering with You is about love and hope. High schooler Hodaka Morishima meets Hina, the girl who can control the weather.

Hina reveals that she will soon disappear as a consequence of manipulating the weather. Hokada, who vows to protect Hina, realizes that she has vanished the next day. He is now in the search of Hina hoping for another chance to be reunited.

Your Name is one of the most interesting stories in Japanese anime movies. One boring day, the high school girl Mitsusha Miyamizu wishes to become a handsome boy in her next life.

Waking up, she finds herself switched in the body of Taki Tachibana, a boy who lives in Tokyo.

They communicate through letters, phone messages, and sometimes by writing on their skin. Hindered by the three-year time difference, they find themselves looking for a miracle hoping that someday they will eventually find each other.

These 23 best Japanese anime movies surely offer a breath of fresh air to film buffs, as well as to those who would like to try something new.

Packed with Japanese culture and themes, these anime will not just entertain you, but also bring you to the other side of the world. Grab your soda and pizza and enjoy these anime films! Suggoi!

If you would like to know more about the history of Japan, then check out the best Japanese war movies 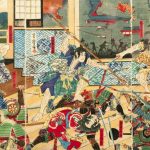