The best way to learn “The Way of The Warrior” is through the movies. A lot of Samurai films released since the birth of cinema have taught us the life and experiences of Samurai during their lifetime.

So here’s a bunch of the Best Samurai movies that you should see!

Number one on our list is the last film directed by the legend Akira Kurosawa. Ran was one of the most expensive films in its time.

It tells the story of a King named Hidetora Ichimonji who decides to divide the land to his three sons. This decision led to a raging battle between his sons that doomed the land to its destruction.

In order to film the action scenes, the director was given special permission to shoot the film at the ancient Meiji castles. All these and the great production resulted in epic and vivid battle scenes that gave the audience a surreal experience.

Seven Samurai is a film directed by the eternal grandmaster of Japanese cinema, Akira Kurosawa.

When villagers are attacked by thieves that steal their crops, they try to stop the thieves by hiring several seven Ronin (masterless Samurai) to defend them.

This film is divided into two parts, running a total of three hours. This film will keep you on your seats as it is full of heart-thumping action scenes and plot twists.

Its release in 1954 made this film as Japan’s third highest-grossing film and was considered as the best-selling home video that was released by the British Film Institute.

Placing third on our list is the Japanese adaptation of a classic Shakespeare play, “Macbeth”. One of the Best Samurai movies directed by the legend, Akira Kurosawa.

This tells the story of a warrior named Washizu who is manipulated by his wife, Lady Washizu, to kill everyone who threatens to take the throne.

Washizu is bound to his wife’s selfish determination to gain more power in exchange for the lives of everyone in the kingdom.

This film was acclaimed to be possibly the finest adaptation of a Shakespearean play ever made on screen.

Set during the Tokugawa Shogunate during the Edo Period, this film tells the tale of the life of Hanshiro Tsugumo, a Samurai who lost his position in the society.

As he tried to live a  meaningful life, he attempted to reconcile his glory days with the harsh realities of the present life.

Hanshiro tried to end his life with honor by trying to commit Seppuku. However, the empire would not allow him to fulfill his last wish. Hanshiro now reveals something in his past that reveals how tragic and devastating of living a life as a Samurai.

This film is directed by Masaki Kobayashi.

Director Takeshi Kitano takes us into the life of a blind Samurai through this film remake of a long time TV series.

Zatoichi, a blind Samurai, leaves a peaceful life until one day, he finds himself in conflict with a Yakuza gang terrorizing their village. Blind but equipped with great sword-fighting skills, Zatoichi defends the townspeople and stops the gang from invading their village.

This film received a lot of awards including the Silver Lion for best direction at the Venice film festival and several more awards from Japan Academy Awards. This film definitely deserves its spot as one of the best Samurai movies of all time!

Paving its way on the sixth spot is the 100th film by the master director, Takashi Miike. This follows the story of Manji, a great Samurai who was deceived and is led to killing his brother-in-law.

Because of this, his sister loses her sanity. Instead of committing a Seppuku to end his life, he decided to look after his sister.

One day, Manji was captured by several Ronin to decapitate him. He fights back, killing all the Ronin, but is left mortally wounded.

An old sage tends to him, placing sacred bloodworm in his blood, thus making him immortal. To gain back his mortality, he must kill 1000 evil men.

52 years later, Rin Asano seeks Manji’s help to help her avenge the death of her father. Rin’s father was killed by a society of Samurai assassins led by Kagehisa Anotsu. With the desire to revive his soul, Manji succumbs to Rin’s request.

Director Takashi Miike once again will take us to action-packed bloody scenes in this movie.

Ranking 7th on our Best Samurai Movies is one of the most expensive films ever made. Shogun’s Shadow will take us into a dynamic film that drifts from the classic depiction of feudal struggles.

This film tells us the story of a Shogun’s heir whose life is in danger when targeted as part of an assassination plot.

The boy’s personal bodyguard defends him at all costs. Together they embark on an epic yet perilous journey across Japan to take the boy into safety.

Kagemusha is one of the Best Samurai movies by Akira Kurosawa. This film was almost canceled because of its expensive production cost. With the help of some movie producers, who were great fans of Kurosawa, this film was released.

This movie follows the story of a criminal who was hired to impersonate a dying Daimyo in order to prevent its clan from the attacks of the warring clans.

The film’s climactic scenes depict the epic 1575  Battle of Nagashino that claimed the lives of over 10,000 men. This scene became Kurosawa’s most memorable battle scenes in Japan’s filming history.

Landing on the 9th spot is considered to be one of the films with the most bloody scenes. Shogun Assassin is the shortened version of “Lone Wolf and Cub” films.

The plot tells the story of a Samurai named Ogami, who was betrayed by his master, sending Ninjas to execute him. However, instead of killing him, the Ninjas killed his wife. Ogami is left with his infant son.

One day, he was summoned by the Shogun and was asked to choose between two options. First, they offered him his life in exchange for his loyalty to the Shogunate or second is to commit Seppuku with his son.

Ogami chose to fight his war for his freedom. Then the Shogun challenged him to a duel that would determine his and his son’s fate. If he wins, he gains his freedom.

Landing the 10th spot is another one of the best Samurai movies by Akira Kurosawa. This film features one of the most famous leads in Kurosawa’s films, Toshiro Mifune.

Mifune plays the role of Sanjuro, a Ronin who sets foot to the countryside where a town is divided by two rival clans. Sanjuro, with his good sword-fighting skills, was hired by the two clans as a swordsman. Sanjuro must now choose which clan he will side.

Yojimbo placed 95th in Empire Magazine’s 500 Greatest Films of All Time. The film got a nomination at the 34th Academy Awards.

The Volpi Cup for the Best Actor has also been awarded to Toshiro Mifune at the 1961 Venice Film Festival.

This film has a sequel entitled “Sanjuro” which is also directed by Akira Kurosawa.

13 Assassins is a 2010 movie directed by Takashi Miike. It was a remake of a Japanese period drama of the same title by Eiichi Kudo.

Historic in its nature, this film is based on the assassination of Lord Naritsugu in 1844, towards the end of Edo Era. It follows the story of 13 Samurai who were hired by the Magistrate to assassinate Lord Naritsugu as efforts to stop his appointment to the Shogunate council.

The 13 Samurai were impeded at first but eventually succeeded in their mission. They faced an all-out war against 200 men of Lord Naritsugu. Twenty years later the Tokugawa Shogunate was overthrown by the Meiji Restoration.

This film was praised by a lot of critics worldwide. Its most notable scene was the 45-minute battle sequence. Rotten Tomatoes gave a 95% score, getting a 7.9/10 audience score based on 128 reviews.

Hitting on the last spot of our best Samurai movies is a comeback for the Kurosawa and Mifune tandem. Sanjuro is a sequel to the film “Yojimbo”.

Nine Samurai is plotting a rebellion against their corrupt superintendent. A Ronin, hiding by the name Sanjuro, takes the lead as they fight off the corrupt officials in the government.

Similar to Yojimbo, the main character concealed his real name. When asked for his name, the hero looks outside and searches for a name that will fit him.

This film was a great success in its time of release. It was the highest-ranked film of director Toho in 1962.

Learning the way of life of the Samurai warriors is now possible because of these best Samurai movies of all time. Produced by some of the best filmmakers of all time, these movies are certainly worth your time!

Check out our list of Best Japanese Yakuza Movies. 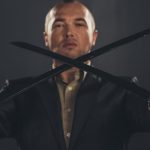 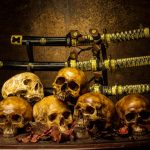