Yakuza is one big name that Japan has been known for. It sure has influenced if not all but at least many parts of the country, from their culture to tradition and even their entertainment.

Yakuza has become the focus of many works in Japan – both printed and on big screens. Thus, Yakuza movies have made their own category in Japan cinema.

Check this list to the 11 Best Japanese Yakuza Movies to see them up-close.

Everyone gets a second chance, but sometimes it is just difficult to have that chance. Like a Dragon tells a story of a person who wants to start a new kind of life.

Kiryu Kazuma, a former Yakuza, has served his sentence in the prison and is now free. He decides not to be connected again with his past. Then, He meets Haruka who is looking for her mother.

Haruka’s mother, Mizuki, was Kauma’s childhood love. He also encounters the psycho Majima who has been searching for him with a grudge to settle. Kazuma’s past seems to haunt him and won’t give him a chance at a new kind of living.

The 2005 PlayStation 2 video game Yakuza is the inspiration of Like a Dragon.

Battles Without Honor and Humanity is a movie series. All five Japanese Yakuza movies were box-office and high-grossing films.

The Yakuza fought for dominance during the postwar Hiroshima. It was a bloody period for everyone. Shozo Hirono builds a new gang around Boss Yamamori. Problems arise that Shozo chooses to side with his best friend from prison, Hiroshi. Later, Hiroshi betrays Shozo.

Battles Without Honor and Humanity is based on the life of real-life Yakuza Kozo Mino. The movie series popularizes the genre Jitsuroku eiga that focuses on the dealings of Yakuza.

All five movies were produced under Toei Company, Ltd. together with the legendary director Kinji Fukasaku. The five-film movie series were said to be made within the year 1973 to 1974.

Winning the People’s Choice in Toronto International Film Festival’s Midnight Madness section, Why Don’t You Play in Hell? is not the Yakuza film that you know.

An untraditional film crew wants to make an action epic film. They get connected to Muto who wants to take revenge on an attack that happened 10 years ago. Muto wants to make a film with his daughter as the main character. The film crew grabs the rare opportunity and films a live Yakuza gang war.

The film received different criticism from Japan and the international cinema industry. Watch the movie Why Don’t You Play in Hell? and see it for yourself.

Graveyard of Honor is based on the true story of Rikio Ishikawa. The story introduces a self-destructive member of a Japanese gang.

Rikio Ishikawa is not just known for being a Yakuza, but also for his destructive behavior. He gets into trouble with his own clan, Kawada.

He receives help from Chieko. His life continues until he is banished to Osaka. Rikio may encounter a strong Yakuza clan but his major enemy is himself.

The 1976 Blue Ribbon Award for Best Director was given to Kinji Fukasaku for Graveyard of Honor. The movie was shown in 1975; its remake was released in 2002.

Kitano’s most celebrated film with a 7.5/10 IMDb rating, Sonatine brings on the big screen how Yakuza battle things out.

Murakawa has not been enjoying his Yakuza life. He is sent to Okinawa to settle issues within the clan. He is suspicious but goes there anyway.

To his surprise, he found several of his men dead. After some time, he concludes that everything is setup. He is sent to Okinawa to be killed and that others can rule over his territory.

With the numerous awards and recognitions in its name, Sonatine must be included in your Japanese Yakuza movies to watch.

Rated 7.5/10 by IMDb, Youth of the Beast is a story of unserved justice.

Joe Shishido gets recruited by a Yakuza boss. His violent behavior saves him a role in the Yakuza. His new life allows him to be connected to more people of power.

He then makes a deal with a rival gang and soon starts a Yakuza war. He keeps a hidden agenda, a mission only he knows.

Ichi the Killer is the powerful adaptation of the same name manga. The movie is said to contain a graphic representation of cruelty.

Anjo, the Yakuza boss, steals 300 million yen. The members of his gang start searching for him. His faithful follower Kakihara sets out to find him as well. Then, Kaikahara learns that they can get information from a man named Jijii.

As a result, Kaikahara succeeds in getting information and now is about to face Ichi, a young psycho with amazing martial arts skills. A bloody confrontation awaits the psycho Ichi and Kakihara, who has no idea of the pain Ichi inflicts.

Two Japanese underworlds ranked hitmen are on the run again after quitting the bloody job. With 7.4/10 IMDb rating, Branded to Kill is sure an action-filled film.

The third-ranked hitman Goro Hanada meets Kasuga in Tokyo. Goro brought his wife Mami with him. Kasuga, on the other hand, is also a former ranked hitman. Both of them have lived a normal life but now are on a mission again as hitmen.

They are hired to escort a client to Nagano. Hanada and Nagano realize that ambush is about to happen.

Although Branded to Kill was criticized in Japan, it had become a favorite hitman film of some big names in international cinema.

Renowned directors from South Korea, Hong Kong, and the United States were said to take inspiration from the movie. Watch it to see why Branded to Kill is one of their top Yakuza movies.

A remake of the same name film, Graveyard of Honor sets an exciting film with much blood and cruelty. Takeshi Miike directed the remake movie originally done by Kinji Fukasaku a.k.a. the godfather of Yakuza movies.

Ishimatsu, a barkeeper and dish-washer, saves a Yakuza boss. Without realizing the result, he climbs up and quickly becomes a Yakuza with a high rank.

This angers other gang members. Ishimatsu who is new to his power becomes arrogant and begins to kill carelessly, raping women, and taking huge amounts of drugs. With his sudden promotion, will he also have a sudden fall?

Graveyard of Honor may have a bloody and cruel representation, but the realities of life can also be seen in this movie.

A Yakuza is so much different from a Samurai. Sympathy for the Underdog is one of the Japanese Yakuza movies that clearly defines what it means to be a Yakuza.

A powerful and notorious gang from Tokyo kicked Gunji out of Yokohama. Gunji is the boss of his own Yakuza clan. As he is released from prison, Gunji tries to search loyal followers and start his gang once again in Okinawa.

As he completes his gang, he is faced again with the same Tokyo gang that once defeated him. Gunji is again facing the situation hoping to have a different ending. A bloody gang war follows.

Rated 7.4/10 by IMDb, Sympathy for the Underdog reminds its viewers of the sad reality between the powerful and the struggling.

1. Battles Without Honor and Humanity: Deadly Fight in Hiroshima – 1973

Battles Without Honor and Humanity: Deadly Fight in Hiroshima claims the number one spot in this list of the best Japanese Yakuza movies. Directed by Kiji Fukasaku, this film is one of the best without a doubt.

In Hiroshima, Shoji Yamanaka gets in trouble after cheating in a card game and stabbing several men. He is caught and is imprisoned for two years. He meets Shozo Hirono behind cold bars, and they become friends.

Later, he was released and got connected to a new Yakuza clan. As he serves his new clan, he falls in love with his boss’ niece. Shoji’s involvement in the class becomes more serious.

As a result, he discovers a conspiracy. He has finally realized the real problem; however, his life is now in danger as policemen have already cornered him.

Battles Without Honor and Humanity: Deadly Fight in Hiroshima was one of the highest-grossing and one of the best Yakuza movies of 1973.

It is the second movie in a five-part Yakuza series that director Kinji created in two years. This five-movie series was successful, giving Fukasaku the greatness in his name.

As Yakuza is part of the Japanese culture and tradition, we will still see their influences in the coming years.

If you enjoy action movies than check out our list of Best Japanese Action Movies. 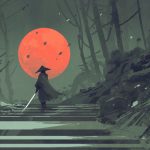